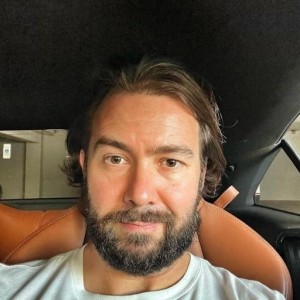 If you haven’t heard of CBD by now, you might be living under a rock. In fact, CBD is one of the hottest trends in natural medicine right now. So what exactly is CBD? And what are its benefits? Let’s take a deeper look.

Before we dive in and explain what CBD is, let’s first discuss where it comes from. Cannabidiol or CBD, is one of the primary cannabinoids found in Cannabis, more popularly known as marijuana.

Cannabis is a type of flowering plant that is available and grown in numerous countries worldwide. It has been cultivated and utilized for both recreational and medicinal purposes for thousands of years. There are two main cannabinoids that can naturally be found in the Cannabis plant: Cannabidiol (CBD) and Tetrahydrocannabinol (THC).

CBD can be found in both common garden-variety hemp as well as in medical cannabis. It has a naturally occurring non-psychoactive chemical which means that upon intake, there will no side effect of being “high.” As such, CBD is regularly used in most nutritional and dietary supplements.

On the other hand, Tetrahydrocannabinol or THC is the central psychoactive element found in Cannabis. It is the main component that is responsible for inducing the “high” experienced by recreational users. It has the same chemical makeup as CBD, but in a different atomic arrangement.

Essentially CBD provides a wide array of powerful health benefits without the “high” experienced from THC. So what exactly are these incredible benefits? Read on to find out.

A 2016 report from the Division of Research and Graduate Studies of the East Carolina University indicated that several mice that were treated with CBD had lower likelihood of developing prostate, colorectal and several other kinds of cancers. These studies showed that the cannabinoids slow the growth or even kill certain kinds of cancer cells that the researchers developed in the lab. A recent 2017 study is even underway that suggests the possibility of CBD as an anti-cancer drug.

Researchers have advised that among the numerous benefits of CBD, mood stabilization and the restoration of “normal” endocannabinoid functions is a possibility. Endocannabinoids are naturally produced chemical compounds in the brain that help with cognition, emotion, motor skills and behavior. Chronic stress prevents the brain’s production of endocannabinoids. By introducing CBD into our system, it will help recover the natural levels and ease symptoms of depression.

3.) Lowers Risk of Obesity and Diabetes

Research shows that CBD helps promote weight loss by converting white fat in the body to weight-reducing brown fat. This helps regulate insulin production and sugar metabolism leading to lower risk of thermogenesis – forming of plaques in the arteries. A 2011 survey published in the American Journal of Epidemiology have established that obesity rates are almost 40% lower in cannabis users.

Cannabis was commonly used in preparation for healing wounds in livestock and people since the early times. Even now, cannabis based topical medication are available to treat anywhere from acne to something as severe as psoriasis. With our skin having the highest amount of CB2 receptors, CBD when applied on the skin also helps shield and restore damage from UV rays and pollution.

5.) Treatment of Anxiety and Mental Disorders

CBD and cannabis have been recorded to treat anxiety and mental disorders since 2000 B.C. However, there is existing pre-clinical evidence that prescribe the use of CBD as a treatment for panic disorders, general anxieties, post-traumatic stress disorder (PTSD), social anxiety disorder and even obsessive compulsive disorder (OCD).

The ability of the cannabinoids to stimulate appetite is highly important as many illnesses and even treatments lead to extreme appetite loss. This in turn leads to a lower quality of life and slows recovery for patients. Studies indicate that CBD triggers a release in a hormone called ghrelin, which sends a message to the brain that it’s time to look for food. This involves genetic and physiological events that occur in the body which then leads to an increased appetite

CBD has been known to help alleviate severe, acute or even long-term (chronic) pain. Research made on CBD treatment on a group of animals have proven that there is a substantial effect on inflammatory and neuropathic (sciatic nerve constriction) pain. CBD helps modulate pain through cell receptors that release inflammatory agents, such as histamine and serotonin through the bloodstream.

With the ever-growing number of CBD products in the market, the potential for treatment of cancer and other illnesses is no longer an unlikely possibility. As CBD helps alleviate symptoms and provide pain relief, and through the help of proven and ongoing research, the benefits are sure to increase. CBD is no longer just a home remedy or new age treatment as it once was.

HOOPLATM Is a Premium Organic CBD Brand. We are the leaders in cutting-edge research of Phyto Complex Extracts ™ … to feel better, naturally. Our process is handled from seed to market, and we maintain a high concentration of CBD Oil Hemp Extract (CBG, CBN, etc.), terpenoids, amino acids, and essential oils.

Why are CBD and Hemp Extracts so popular?

CBD and hemp products are becoming increasingly popular in the

Where can I buy CBD in Texas

Where can I find CBD hemp oil in Texas? This

What You Need to Know About Melatonin And Sleeping Disorders

Are you suffering from sleeping disorders like Insomnia? Well, let’s

Products on this site contain a value of 0% to less than 0.3% THC in compliance with S.2667 – Hemp Farming Act of 2018 . Please request the individual lab test results for details.

This product is not for use by or for sale to persons under the age of 18. This product should be used only as directed on the label. It should not be used if you are pregnant or nursing. Consult with a physician before use if you have a serious medical condition or use prescription medications. A doctor’s advice should be sought before using this and any supplemental dietary product. All trademarks and copyrights are the property of their respective owners and are not affiliated with, nor do they endorse this product. These statements have not been evaluated by the FDA. This product is not intended to diagnose, treat, cure, or prevent any disease. By using this site, you agree to follow the Privacy Policy and Terms & Conditions printed on this site. Void where prohibited by law.